“ My passion for polyester yarn and its use in variety of products makes Shree Durga Syntex Pvt. Ltd. to explore possibilities all the time " 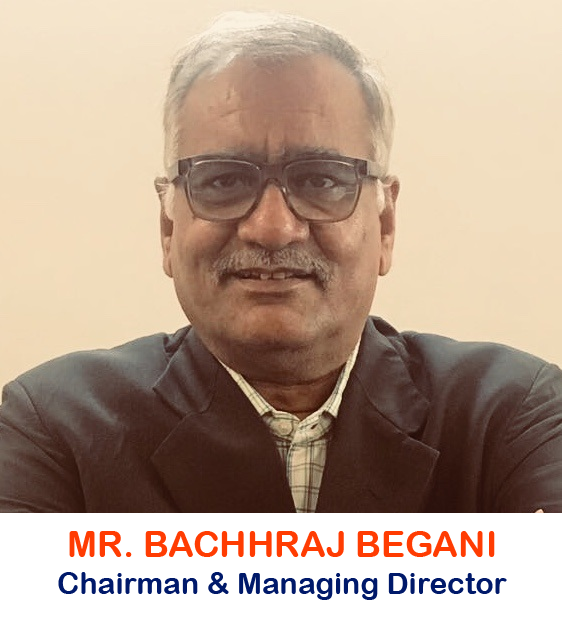 Mr. Bachhraj Begani is the founder Chairman of SDSPL Group. He is a first generation entrepreneur & conceived SDSPL Group. The initial business operation involved trading activities in textiles. He later diversified into processing and manufacturing starting his long association with Polyester Industry in India.

From a small scale operation in 1974, SDSPL Group emerged as one of the largest polyester chips producer in India. All this has been possible due to the visionary leadership of its founder & present Chairman Mr. Bachhraj Begani.

Fiery instinct, futuristic outlook, indomitable will, and a burning passion is what describes Mr. Bachhraj Begani. From being a dealer to a cloth merchant to a textile producer, it was his overarching ambition, inexhaustible energy and never-say-die spirit that led him through all the obstacles to emerge as the business tycoon of India. He established and laid the foundation for SDSPL, which has become one of the leading conglomerates of Indian Textiles today. It was through his futuristic vision and strong business acumen that SDSPL created history in the Indian Textile Industry, a legacy that would serve as an inspiration for generations to come!

His life is surely the rags to riches story, as he took one step at a time to become one of the industrial giants of the country. Fuelled by an aim to ‘Aim Big, Do Different, Act Fast and Lead thought ’ his capacities in the entrepreneurial sector were in stark contrast with his competitors. It was through his zeal, bonhomie and invincible spirit of conquering the universe that he transformed his men from clay into steel and helped them attain the pinnacle of success.

From then, his life is a history

Today, SDSPL is one of the leading Polyester value chain company`s not only in India and abroad. Despite company`s focus on Indian market, it never lost the opportunity to cater to the growing polyester markets globally. The company is amongst the Top 5 Domestic market leaders in Textile grade chips, Fully Drawn Yarn and Greige. Internationally also, SDSPL is amongst the Top 10 manufacturers of Polyester Chips. SDSPL’s brand value has made its products well accepted with a majority of domestic customers as well as many multinational corporations.

“We believe in empowering our Associates in their work. Minimum governance and maximum output” 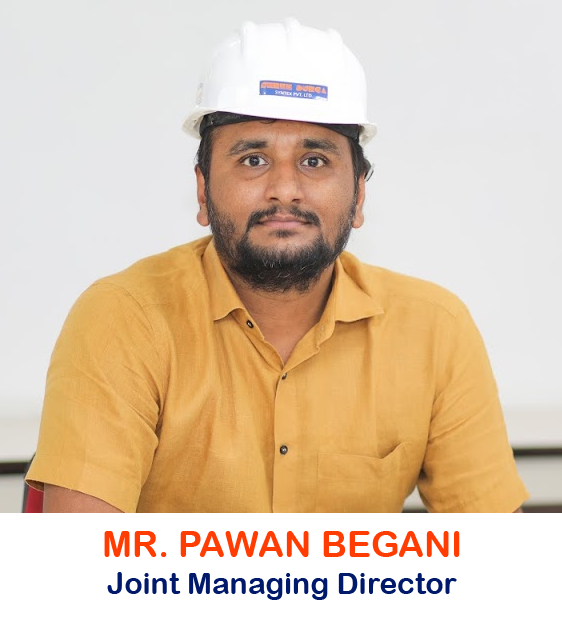 Mr. Pawan Begani is young & dynamic Joint Managing Director of SDSPL. He is a Commerce graduate with in-depth understanding of global Fibre Intermediates & polyester businesses. After completing his education, he joined Textile Industry and played a pivotal role in assisting his father in growing the business legacy and expansion of their textile business.

He conceived the global marketing/sourcing strategy under the able guidance of his father. He has transformed SDSPL into a multi-market, multi-location global conglomerate with greenfield projects in Surat, India.

He also shoulders several other corporate responsibilities and is spearheading the corporate governance initiatives at SDSPL. He believes that an enlightened, bold and purposeful leadership is critical to successfully pursue the three pathways of economic, technological and social leadership to attain true global leadership. With this premise, he leads his peoples whom he considers his strength and has hands-on involvement in business.